This is a picture of three people from the Ferguson city commission.

Remember the story of how Ferguson police beat a man and then charged him with bleeding on their uniforms?

See that woman in the picture?

She was one of the cops who beat him.

Seriously what the fuck.

If you weren’t following #Ferguson on Twitter last night, you missed out. The city commission had a meeting where they tried to tell the people they couldn’t talk, but were eventually shouted down. So the All-White-Except-One city council sat there, gave people three minutes to speak, and said nothing, responded to nothing, and did nothing.

A couple of highlights: 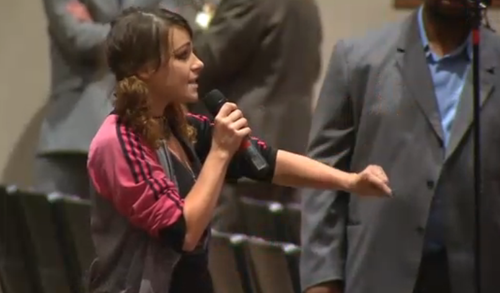 “I have 3 minutes to tell you I am ashamed of every single one of you.”